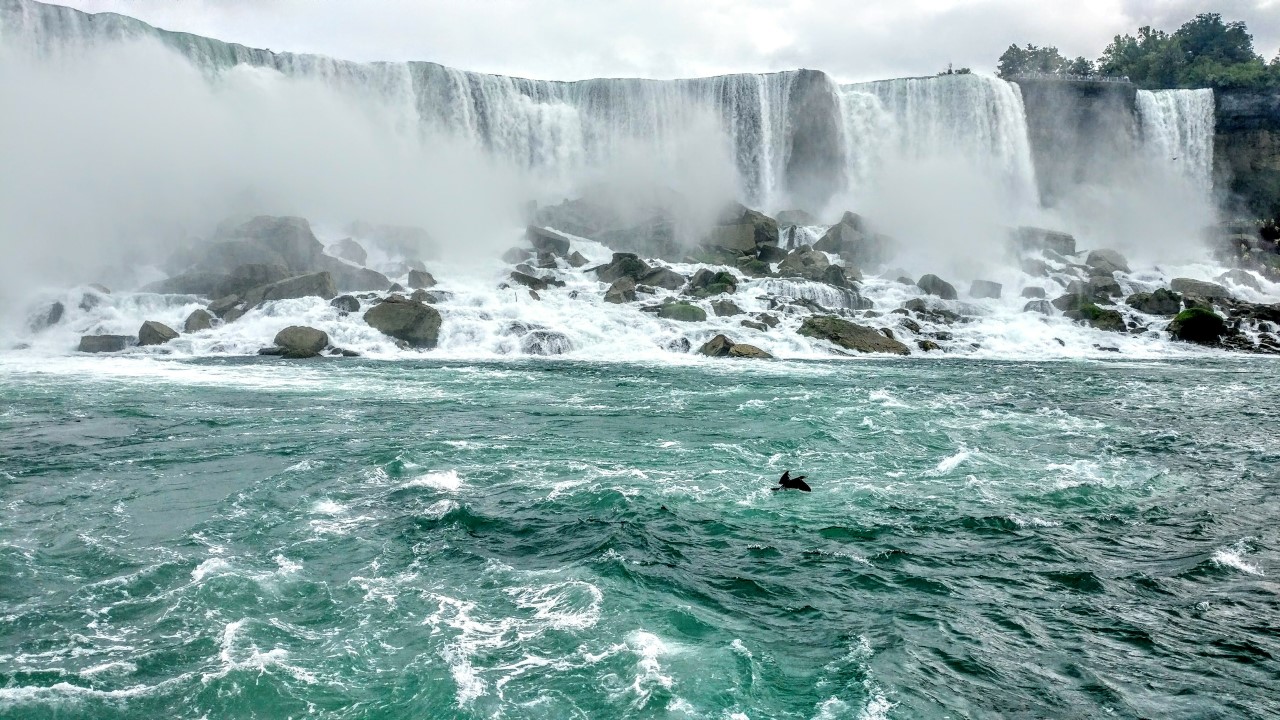 Arriving in Toronto was one of the most nerve-racking experiences entering a city so far. My sister was helping set me up with a friend of a friend for a place to stay but nothing was concrete just yet. That, up to this point, has been fine. The issue that made this particularly worrying was that, given the Toronto International Film Festival (TIFF) was on, there was no back up. Hostels, budget hotels, all booked up. I hoped it would work itself out and evidently my nerves were showing when I was communicating with other people.

So when I got the confirmation and a time to meet after arriving in Toronto I was relieved beyond belief. In a much better mood I hopped on a sightseeing bus and cruise to fill the day.

In the afternoon I met up with Chris, who is an absolutely lovely and kind chap and made me feel most welcome.

The next morning, I was up early. The excitement building. It’s almost time to watch my first movie!

Little did I know my first movie was in French and the second one would be also. Thankfully, with an interest in French this actually made the movie more compelling and kept me focussed because I had to pay attention to the subtitles. I was lucky enough that both screenings also had a Q&A with the director and actors afterwards.

I hung around so I didn’t have to join the hustle to escape the theatre. In the back of my mind was also the fact that the director and actresses may, just may, exit the theatre through the same exit after everyone was gone. They did but I got chatting to another lady, Stella, who was by herself too. We talked and walked and as I thought we were about to say our goodbyes she asks whether I fancy coming to a party with her.

Next thing I know, we’re on the rooftop with a bunch of directors, actors and the guy who runs Toronto Fashion Week. We’re offered drinks and super posh mini-foods of burgers and chips with sauce and bacon. It’s incredible. We walk over to the actors only staircase and take a seat.

The view’s impressive. The CN tower is standing proud and the night is young.

Many hours later I find myself tiptoeing back into the flat and crashing on the floor. I’m not up in time to catch another movie (that I’d already paid for!) but I don’t mind (too much). I get into town in time to watch my second scheduled movie for the day. This one’s in Spanish and fails to capture my interest. Never mind.

Another highlight for the week is seeing Killers perform at the Pepsi Ice Hockey launch. The show was spectacular and they even threw me a Pepsi T-shirt which I caught.

I’m debating about whether spending more money to get a tour to Niagara Falls. I convince myself that I do have to do it. I can’t come all this way and not. I book a tour via Viator and in the morning head to the meetup point at a plush hotel. I check-in with the bell boy and go outside to wait. Nothing. I come inside to get Wifi and email the operator. PING. They’re outside. I go outside. They’re not outside. I email them again. Nothing. I go to the desk and ask them to ring the tour company. They left because they couldn’t find me. WHAT?! I am starting to get upset and the lady at the desk notices. She kindly tries another tour company she knows but they have also just left.

I almost give up. Where there’s a will there’s a way. I check the trains. Nothing. I check the buses. Greyhound leaves in an hour. I dash off to get my ticket. Made it. With that I’m on my way.

As you can see: It was worth the hassle.

We’re about to go through the waterfall. Maybe I should’ve taken a poncho. I manage to nab one just in time and capture a video of the action too.

Still a bit worried whether I will get a refund from Viator and annoyed at the whole situation I decide to treat myself to a burger at Hard Rock Café. It’s hard to believe that I see them everywhere I go and have never even been inside one. I decide today is the day and order a burger. Nothing too extravagant in case the refund doesn’t happen.

The bill comes to $23.45 and the waitress laughs and says with a number like that, you should put the last dollar on the slots upstairs. So I do.

I’m in luck and $50 a winner. Today’s turned out to be a good day after all. I left the lady $5 to thank her for the tip she gave me and I head on my way.

Tonight’s the last night I have the flat to myself so I make the most of the luxury and the next morning I’m away to LA to see my buddy from the Ireland road trip, Marvin.

Grinning ear to ear, as usual, I wave goodbye to Toronto which has treated me very well indeed.

One Reply to “Toronto, Canada”