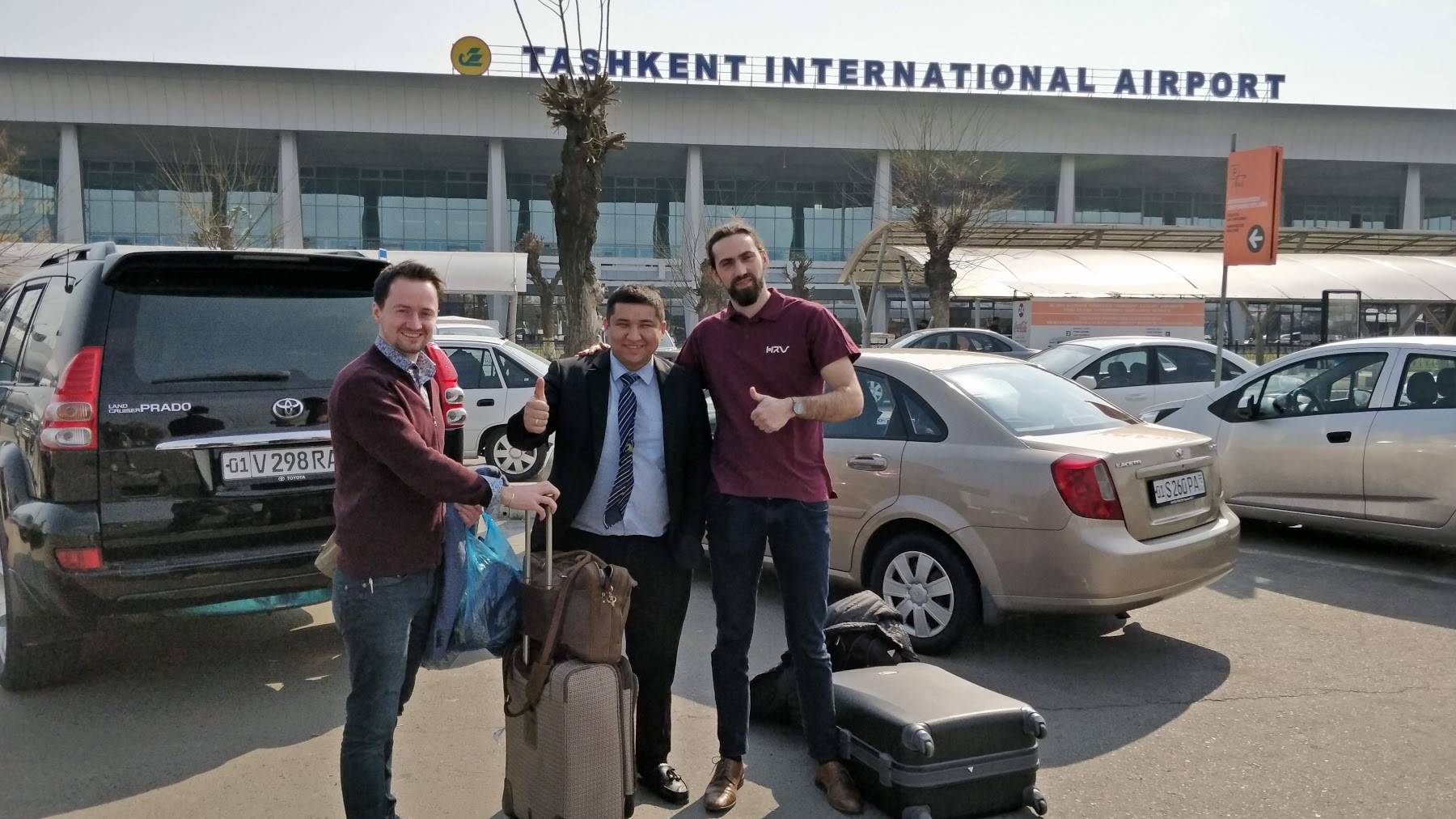 One of the most incredible opportunities to arrive was the least expected. Not least because I didn’t even know we had any simultors in Uzbekistan. The story goes that the business had sold four simulators 2 years prior and after receiving payment in whole, the simulators were sent to Uzbekistan. The university was told to give us a call when they arrived to organise the installation and so they did just that. Only it was 2 years later than expected.

So here we are. In Uzbekistan. With our company’s logo on the university. It’s been a long time coming. One of the first things we are pleasantly surprised by, after the snow, was the amazing welcome and hospitality from everyone involved – a real pleasure.

As soon as we walked through the doors, the weeks schedule started. It turns out we weren’t only their for the installation but also to give a key-note speech for a denistry seminar, to open up the international dental competition, to go on television talking about Virteasy and to visit some other universities to share the news that Virteasy has arrived.

It was wonderful. We just went with it and gave it our best.

Everyone was keen to show us around and I’m not afraid to admit – it went a little to my head. I love attention when it comes my way. By the end of it, I was asking THEM if you they wanted to introduce me to new people and new classes of students just to say hello.

Thankfully the installation went well – that’s what we were really meant to be doing, afterall. Normally we won’t provide training to a few groups of people but here, everyone wanted to see what the excitement was all about. We had groups coming and going at all hours, eventually with the staff saying we have to leave because it was getting late and all getting a bit too much.

In a complete suprise, the university took us site seeing. Only, we weren’t quite aware that we were staying the night at the site. As soon as we arrived we were thanking the university though, as the sights were just fantastic.

A really memorable trip made even lovelier by our hosts.