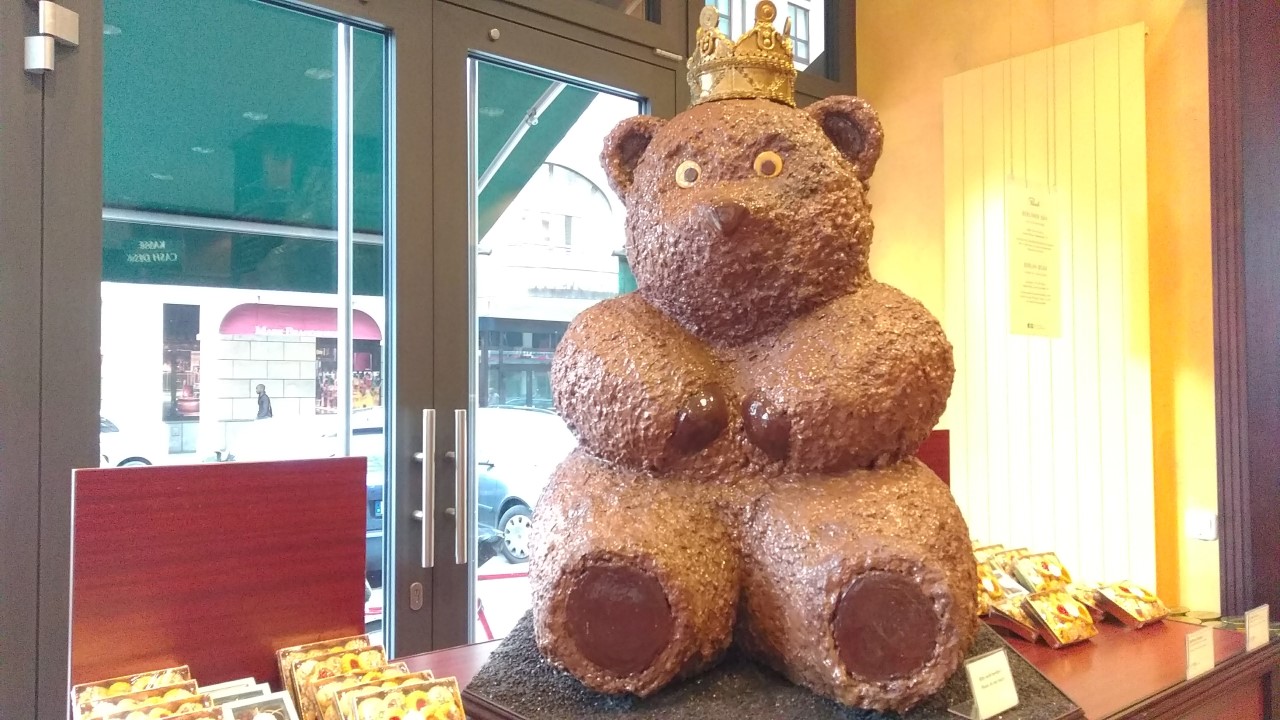 So this is it, I’m on the road again. It’s a strange feeling on the run up to it and the same as last time. There’s no fear. Equally, there’s no real bubble of excitement. The week running up to it, it just feels like something that you need to do. The equivalent of getting up and going to work (albeit one you really enjoy!) because you need to do. This is similar to that. A feeling that I need to go on this trip. In part because it’s booked and paid for. Mainly because I need to rid myself of at least some of my ignorance towards Easter Europe.

My plane leaves at 6am. Meaning I need to go to Stansted the night before and get a few hours kip. I manage to put a few finishing touches on a video of all the kind acts committed on my last trip. Otherwise, thirty solid minutes of sleep, with my jacket over my head to block out the light and a rock solid bag for a pillow. Maybe I should have got a later flight.

A few hours of good sleep on the plane and I’m good to go. Before I know it I’m in Berlin. I make my way across town to my new hostel and am struck by the striking architecture.

It’s 10am or so, so there’s no checking in but I’m hopeful to dump my bags somewhere. Thankfully, there is. Even more luckily, the receptionist tells me that if I’m quick the storage lockers won’t even charge me before they will only get activated in ten minutes. Lady Luck strikes again!

With that, I’m off on my feet to go exploring. With only a couple of days in each place I have to make it count. Where else better to start than the Berlin wall memorial.

My history is not always on point, so it’s a good history lesson for me. I learnt about the rise of Hitler and the treatment of Jews. For instance, about how some Jews were recruited by the SS to snitch out other Jews to the authorities for rounding up. Obviously, these people did it to try to guarantee their own safety and that of the families but this came at the expense of others. One rather harrowing tale was of a lady who was Jewish, she got discovered whilst she was hiding with her family. She did a deal with the SS that she would help find other Jews if she and her family were protected. So that she did. Even worse, it didn’t end there. The Nazis didn’t keep their end of the bargain and sent her family to the concentration camps. She rebelled and starting fighting against the Nazis after that. Shortly after, the war came to an end. In the denazification trials that followed she was sentenced to 10 years imprisonment. Perhaps understandably, the lady took her own life before she lived it out.

All of the circumstances, ramifications and realties of it are horrifying. Something that Germany does well to educate to its citizens in school and with memorials like this.

Then I learnt that after WWII the country was divided into the British, American, French and Russian quarters. Berlin found itself also divided. It was split in Eastern German into an East and West. Confusingly, West German was in Eastern Germany but history isn’t always perfectly neat like that. The Russians wanted communist rule, whereas the other Allies wanted free democracy. For a while they operated independently but quite open for travel between the two. This changed practically overnight because close to three million were leaving from East to West and only 500,000 were coming from West to East. So the wall wasn’t particularly to keep people out but, in fact, keep them in! Thus, the capital was split. It started as a wall of soldiers, within a couple of days a wall of barbed fence. Before long, two adjacent walls were erected with military obstacles against all sorts of penetrative forces and this gave birth to no man’s land.

Furthermore, the walls ran through such things as a cemetery in Berlin. Cutting citizens off from their friends and family of the past. Eventually, you could get a card to gain access but with guard towers all along and military forces to the left and right, it would be fair to say it was never going to be very peaceful.

After a fairly heavy morning, I was rather relieved to find myself next to a Brewdog bar.

That night I joined a fellow Brit to go to the hostel’s comedy night. Pizza, shots and a whole night of (hit and miss) comedy for all of 6 euros. I got my money’s worth in pizza alone! Feeling the long couple of days starting to weigh down on me I parted ways and headed to bed around midnight.

In the morning I joined the free walking tour. Which, ironically, started on a bus. We got to the famous Victoria gate and from there checked out the concert house and a memorial for all the murdered Jews of Europe.

The memorial was so well done. Accompanied by no explanation, no text, no guide – yet, it’s so easy to walk amongst it and take meaning from your surroundings. The blocks start of small but as you walk along the sloped floor you quickly find yourself lost and eclipsed by this humungous blocks all around you.

It’s amazing how quickly you have blind spots around you. You’re nervous about who’s going to be bumping into you on the next corner. Then, you have times you see no one else and you feel lonely and isolated. It’s the most impactful memorial with no explanation to it’s being.

Perhaps more unnerving is finding out from the tour guide about Germany’s history of tolerance and notoriety. You can see the tolerance through the creation of places of worships for minorities by distinguished nobles of other faiths entirely. The highest concentration of Nobel prize winners is in Germany. Albert Einstein was indeed here for much of his work. The fact that such a tolerant and brilliant society could succumb to Nazism and commit one of the largest atrocities in humanity against the Jews should be alarming to all great nations.

By this point, we’ve made a good group of friends off of the tour group. Jordan and three lovely ladies from America – Madison, Amber and Megan – along with Robin (Netherlands), Phil and Mark (the states as well, I believe).

Whilst they head back to the hostel I continue to walk around, draw a few pictures and explore until my parliament dome visit begins at 9.30pm. First stop is of course the chocolate shop: Fassbender and Rausch.

Now that’s a bear I could cuddle up to and have a wee bit of a nibble on each night! I then head back to checkpoint Charlie – the American border control for civilians going from East to West.

Turns out the pink pipes all around the capital are due to the high water levels. Meaning that when construction takes place the pits they dig flood. To extract the water they have to be sucked up above ground and eventually make their way to the river until the underpinnings etc to the buldings are complete and the ground put back in.

Before I know it I’m running towards parliament as to not miss my time slot (the last one of the day!) and I make it in a nick of time. With only about 10 people in my group and the sun still setting, it appears this has worked out perfectly. I walk to the top of the dome, following the audio guide and take in all the impressive views.

On the way back down I get a glimpse into the parliamentary room which sits below. The notions of transparency and accountability of the government to its citizens is lovely and the architecture just incredible.

The beam in the middle in all mirrored to reflect natural light into the chambers below. There’s a metal curtain which revolves to prevent glare from the sun. There’s also solar panels on much of the government buildings and a cylinder on top of this one to catch rain water and redistribute and wasted heat back around the building.

Finally, back at the hostel and talk starts to gain traction about a night out. Fantastic! We head out to the first bar, which is alarmingly quiet. Though this was better than Suicide Circus which we went to next and it didn’t happen to even be open. Having had at least a fairly funny traipse around town we decide to get on the train back home before they close up. As we try to figure out how to get back to our home stop, I ask some other people for help, which they kindly provide.

I ask them if they’re going out or going home. They’re going out. Lady luck strikes again. A whole bunch of uni students from the UK and with them a self-appointed tour guide by the name of Martin. We’re in! Unfortunately, three of the guys from our group bail at the next stop and that leaves myself, Megan and Jordan.

The next morning I’m off to Praque (not Krakow as I thought!). I still manage to get up early and go for my (almost) 5k run. I bid farewell to those lovely people and head to the station. Hopefully the rest of the trip will be as good as this has been!

I can only hope. Cheers to that.